Starting in the 1970’s Carlo Mascheroni and Giovanella Stiant  have taken an ancient estate in the heart of the Chianti Classico region and modernized the winery equipment, implemented organic farming and have emerged as a consistently great source for Chianti.  In 2007 they purchased a second estate in the Southern Tuscan region of Maremma, and done the same thing, offering some of Italy’s greatest values.

In a winery that traces its roots back to 1172 and remains in the old walled city of its founding you might think that the wine would be made in the old style of Chianti.  And that might’ve been the way for Volapai if not for Carlo Mascheroni and his wife Giovanella Stianti who were gifted the winery for their wedding by Giovanella’s father.  In the mid-1970’s they put forth every effort to modernize the winery and push towards producing World-class wines.  But this was done with the painstaking effort of not changing anything about the 11th century village the winery resides in.   A recent tasting of the Chianti Classico was really exciting, with the gorgeous fresh red fruits and crushed Tuscan herbs, this is begging for a grilled steak, with a ratatouille on the side.

“This juicy red has grip, setting the backdrop for pure cherry, blueberry, earth, iron and tobacco flavors. Though light-weight, this should develop over the next three to five years. BEST BUY!  92 points.” Wine Spectator

sandy soils come some of the finest values in Italian wine today.  We were introduced to the region back in late 90’s when we were hot on Morellino di Scansano.  This region sits just to the South of Tuscany’s famous Bolgheri zone, where the best Cabernet is grown in Italy.  Prelius has been a long time favorite, 100% Cabernet Sauvignon it is a wine of considerable power, and offers incredible value.  Rich yet elegant, with dark fruits and round framing tannins.  This is a joy to drink now, especially with grilled pork dishes and potatoes.

“A full and rich red with fruit and depth. Plenty of new wood can be seen at this stage but it is going to come together nicely. Give it two or three years to soften. Made from organic grapes.  92 points.”

Rioja The most important region in Spain. Tempranillo is the most important grape, along with Mazuelo, Graciano, and Garnacha. Historically the wines have been aged in oak for extended periods, […] 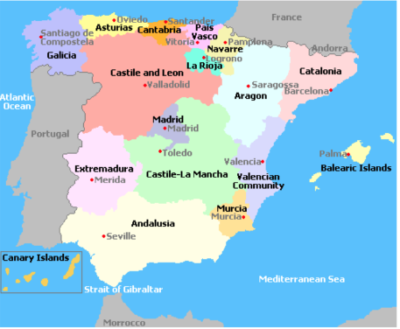