I began my employment at Big Y Wines on March 18, 1996, as a part-time stock clerk.  Our family friend Larry Desmaris was working in the beer dept. and had put in a good word for my application, it all started with the nod from Larry, a great guy!

Walking through the door that many years ago I was intimidated by the vast selection, and needed lots of teaching to even understand which wines went where and why.  Over time it becomes second nature, but not without good people coaching you up.  Michael Law, Gordon Alexander and Dawn Kessell were running the show then, and all three of them took an interest in me, teaching me about wine and wine sales.  They offered me the chance to come aboard as a full-time stock clerk in September.  In 1998 the name was changed to Table & Vine, adding a Fine Foods department to our concept.  I learned a lot in that two and a half years, it became evident that selling wine could be a career.

In 1999, Big Y hired Paul Provost to lead our team, Paul had vast experience in wine, from selling wholesale to his tenure as Wine Director at Yankee Spirits.  Without Paul I never would’ve become the person I am today.  He mentored me in wine and sales, but also in life, by inspiring me to conduct myself as a professional.  Paul lived by the theory that you ‘catch more flies with honey,’ always treating our vendors with respect.  Longtime friend and wine supplier John Grange calls Paul, “gracious” in describing how he conducts himself, and I have aspired to behave with that same trait.

I’ve had the pleasure of working with a lot of great people over the years, it’s too many to name them all, but these people have been on my mind as I look back on my Table & Vine/Big Y career; my first Store Manager Henry Deslauriers, Matt Whitman, George Wright, Nicholas Leveille, Deb Derrig, Brian Desrochers, Sean Baker, and so many more.  Two others of note are Sean Holland and Steve Adams, who have both passed away, gone too young, both gifted me with many great memories.

From the Big Y side, there are so many that have been a pleasure to work with and for, to name a few- Denise Broderick, George Newman, Eric Swensen, Bill Hogan, Rick Bossie, Sean Nimmons, Denise Pereira, Karyn Ardizoni, Val McLeod, Lisa Carabine, and Don MacIver.  I’ve always said that without Dave Brunelle our retired VP of Operations, I might not have lasted at Big Y.  Dave was always great to me, treated me with respect and made me feel valued.  Dave’s efforts with me meant so much, especially as a young employee that wasn’t sure what his future might be.

The current Table & Vine team has quite a few people that I have been with for a long time, but some are relatively new, of course there are always new faces in retail.  I love being on the same team with Steve Thibault, Phil LeBlanc, Michael Brunelle, Maria Themistos, Julien Jacquemard, Andrew Desrochers, Jake Cavanaugh, Steve Smith, Mary Hurlburt, Brian Davignon, Tom Gamache, Ryan Cady, Eddie Garcia, Tiffany Roy, Alison Treat, Cindy Morrisino, Kelly O’Shea, Toni Marcil, Rick Stolar, Marianne Therrien, Bonnie Hayden, Lisa Reznikiewicz, and everyone on our team.

One person that deserves special recognition is Jules Latour.  We have worked together now for 22 years, Jules came into the Wine Dept. about 13 years ago, and we have worked in tandem all of that time.  Jules works incredibly hard, he is a selfless, dedicated individual who always does the right thing.  It’s a privilege to work with him every day.

The distributors we buy wine from are vital to the success of Table & Vine.  I am thankful for the countless individuals that sell us wine, especially for the people who are here, day in and day out, servicing the store for their own success and ours.

My travel on behalf of Table & Vine has been well-documented, I have been to France, Spain, Italy, Germany, Austria, Portugal, Argentina, Chile, Canada, New York, Washington, Oregon and California to visit wineries.  Many of the people I have traveled with became great friends, Jean Trimbach, Terry Theise, Tom Modica, Hugh MacPhail and Larry Bender, Laura Catena, Alfredo and Alex Bartholomeus, Patrick Mata and Alberto Orte, and Wayne Niemi.  The list of people who were on those trips that I enjoyed tasting with and learning alongside is also very long.

It is challenging to properly express my gratitude to the D’Amour family.  As much as they have a business to run, they also have taken a lot of time to get to know me and my family.  There are over 11,000 employees in the company and it goes a long way to making me feel appreciated when they take the time to show such care for my personal life and my family.  Donald D’Amour, our Chairman Emeritus, and his wife Michele D’Amour have always been a beacon of light for me.  Their generosity of spirit has moved me to always give my best effort, and I appreciate their support over the many years.  Christian D’Amour was my direct supervisor for a few years and he always treated me so well, valuing my opinion and giving me great encouragement when I needed it, and credit when I’d earned it.  Our CEO Charlie D’Amour and his wife Elizabeth D’Amour have also been wonderful to me, I will never forget how proud and enthusiastic they were when I told them that my son Patrick had been accepted to Brandeis University, their pride in that achievement says it all about being “Better Together.”  To the many other D’Amours I’ve had the pleasure to connect with; Claire, Michael, Jen, Mathieu, Nicole, Emily, Colin, and Margaret; thank you all!

In all of this time, Kimm and I were married, bought our first house in Belchertown, had Patrick and Tucker, sold our first house and bought in Northampton.  I volunteered at the boys’ schools, especially when Kimm was the volunteer coordinator at Jackson St., I coached some of the boy’s basketball and baseball teams, I went to many concerts, assemblies and track meets.  Having bosses that understood how important those family commitments were to us was vital, and I am truly grateful for that care of my family.

Eventually I joined a municipal committee and then ran for Northampton City Council, being elected in 2019.  I am certain that I would never have grown into a person that could do that without the development that Big Y has fostered in me.  So much of the person I have grown to be, is because of the love and support of so many.

Cheers to every one of you,

Rioja The most important region in Spain. Tempranillo is the most important grape, along with Mazuelo, Graciano, and Garnacha. Historically the wines have been aged in oak for extended periods, […] 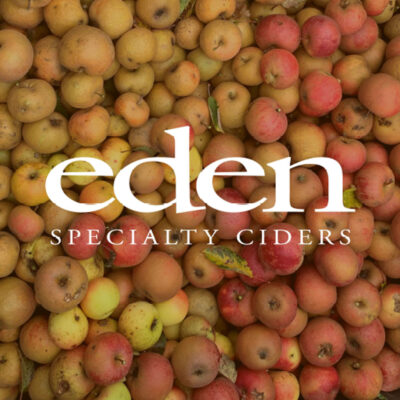