Instructions:
As always, I start out by lining up all the ingredients so everything is ready to go. In a medium bowl, whisk together the honey, brown sugar, bourbon, soy sauce, Worcestershire sauce, red pepper flakes and garlic. Pour into a large ziploc bag. Add steak cubes and refrigerate for 2 to 4 hours. I deviated from the recipe and used sirloin tips from the Big Y Butcher Shop and cut them into 1 inch pieces. Next time, I’m going to try rib-eye. I didn’t use quite as much red pepper flakes as the recipe calls for because although I like some heat, I tend to like sweeter better and it’s easier to add more after rather than regret using too much. Use your judgement based on what you like. The sirloin tips marinated in the refrigerator for four hours. Another tip is, I added the bourbon during the last hour of marinating. Bourbon can be quite strong and overpowering. Again, I’d rather sweeter. I also read reviews where someone said they marinated the steak over night and the bourbon completely took over the flavor. Depending on your flavor preference it’s up to you. That’s what’s so great about cooking, you can do whatever you want. 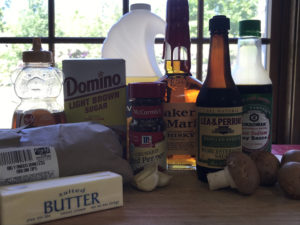 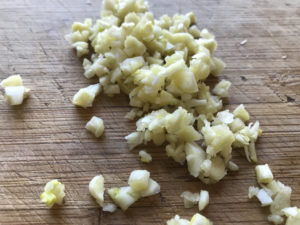 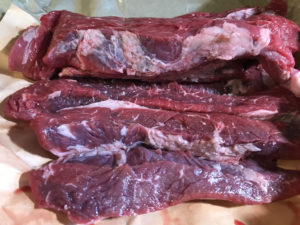 Once everything marinated in the ziploc bag, in the refrigerator for four hours, it was time to start dinner. Before starting to cook the steak, I prepped the mushrooms so I could toss them in the pan right after I remove the steak tips. Don’t wash the mushrooms. They’re like little sponges and will absorb the water. Simply wipe them with a paper towel. Heat the vegetable oil and butter in a cast iron pan over medium-high heat. I didn’t use a cast iron pan. I understand a cast iron pan will give the steak more of a caramelized glaze but you can get the same searing in a regular pan on the stove. I just used a bit less oil than called for and a bit less butter. When you drop the marinated steak in the pan, (do it in to batches because you don’t want to crowd the pan and lose the heat) there will be a lot of liquid in the pan from the oil, butter and marinade. I actually used some paper towels and soaked up some of the liquid. Otherwise the steak will boil more than sear. Once satisfied with the amount of liquid left in the pan, continue to cook the steak. The liquid will continue to cook off and the steak will begin to caramelize and char. Cook until your desired doneness. I personally prefer well done. 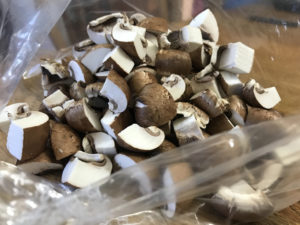 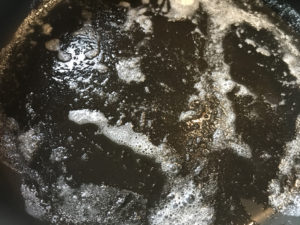 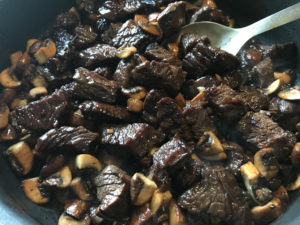 Serve hot with the rice pilaf and ENJOY! 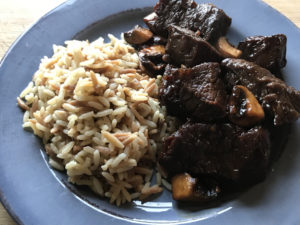 Mix It Up! with Table & Vine Sparkling Greyhound Cocktail This greyhound cocktail is made with fresh grapefruit juice, honey syrup, vodka, and club soda. Give it a pretty sugar […]

Mix It Up! Peppermint White Russian  With three types of alcohol—including peppermint schnapps, Kahlua, and vodka—this wintry drink is strong but tasty. Serve it with candy canes for extra holiday […] 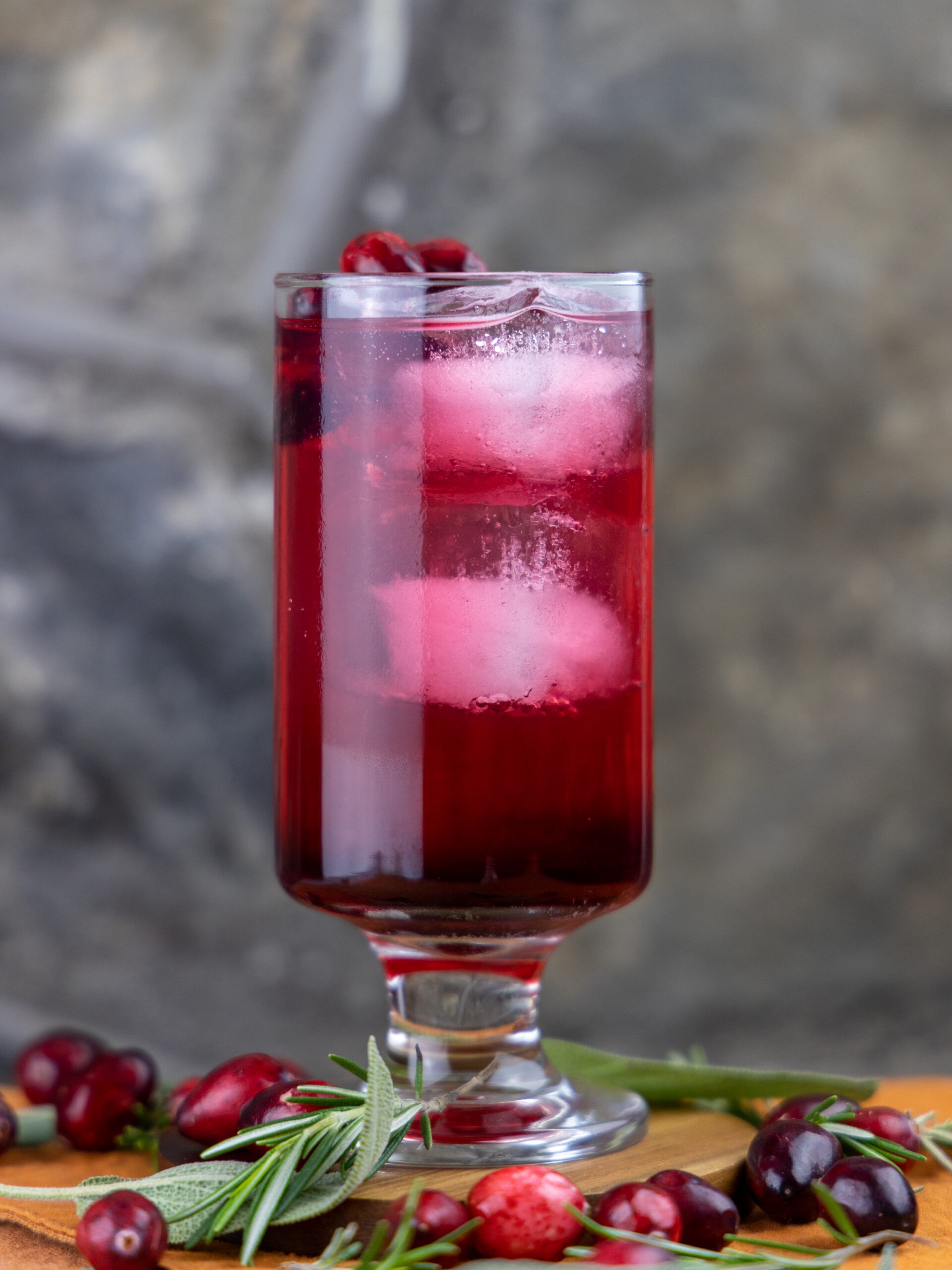 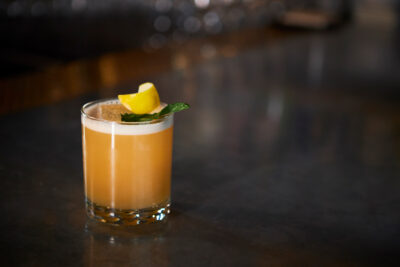 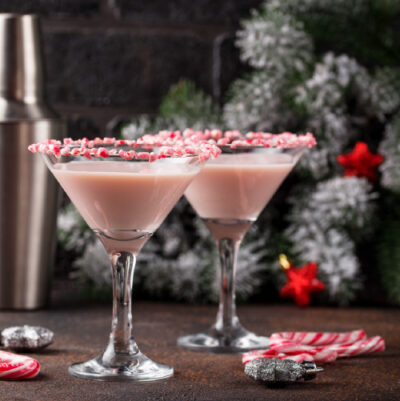 This Peppermint Martini is creamy and minty fresh! It’s the ideal cocktail for the holiday season. Step up your game and rim the glass with crushed peppermint candies. Ingredients 4 […]